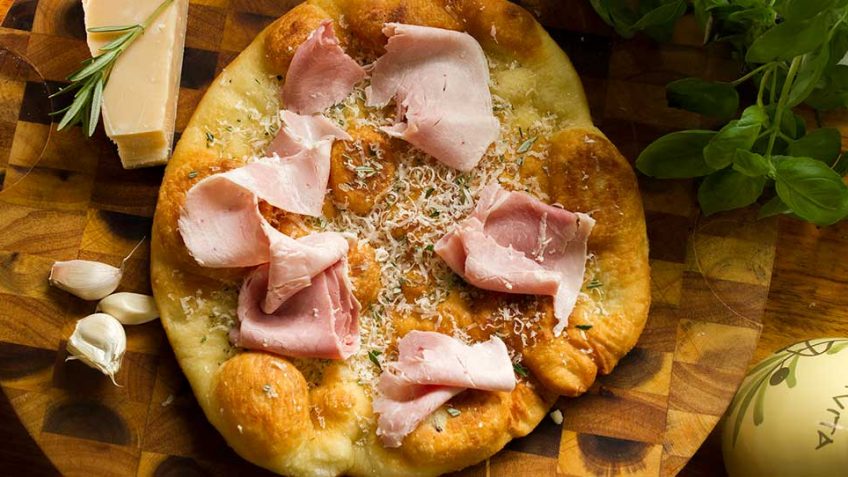 A different way to cook an amazing crispy base pizza

I discovered fried pizza in Italy, I had no idea it even existed and I was amazed how nice they were. It’s simply the same pizza base that’s deep fried instead of baked. Originated in Napoli, it can also be made into a calzone which seals the ingredients on the inside. This is called a Panzerotto. I prefer the open method as you get more flavour from direct heat rather than steam. I made this recipe using a mixer strong enough to handle pizza dough, you can also do it by hand, by kneading the dough until silky. Once you start frying that pizza dough, you’ll want to eat the dough with or without topping, it’s so crispy and it’s that good! I kept this recipe very simple as I believe it needs to be. Of course it’s a pizza and you can add the toppings you like. The dough is the hero, so don’t overdo it, or you want appreciate the irresistible taste it has to offer.