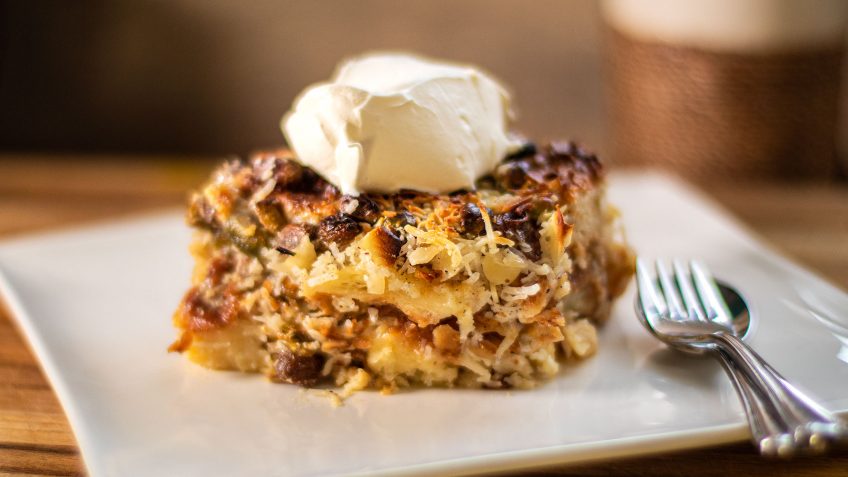 An Arabic style bread pudding, or rather croissant pudding. It’s made with milk-soaked croissants, with nuts, coconut and raisins. A beautiful sweet pastry pudding!

I first tasted this dish in the Dubai desert as per the video, so I dropped in some of my Dubai footage. The dish is also known as Omali, Umm Ali, or Oumm Ali which I believe means Mother of Ali.

This version is made using pistachio and flaked almonds. I prefer to toast the almonds first to release a more pleasing flavour. The pistachios are also toasted but just enough to activate their flavours. The dish is soaked with the spicy milk mixture and then baked until the surface is a nice golden brown. You may say, it is an Arabic style bread and butter pudding.
Enjoy my version of Om Ali, the Arabian Bread Pudding.