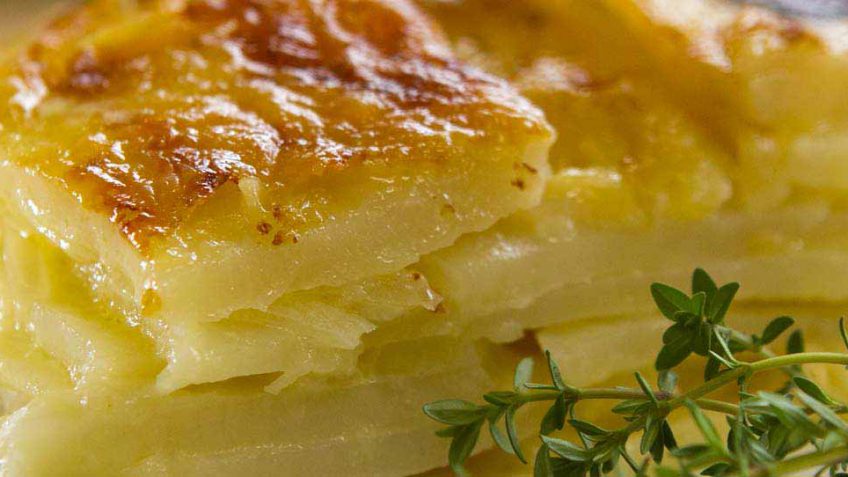 A gratin is a French culinary word meaning “Browned crust”. It’s either made using, cheese, eggs or breadcrumbs and browned under a grill/broiler until it forms a golden crust. This potato dish is baked in an oven and still achieves a beautiful golden crust that will leave you wanting more.

You can also add Parmesan cheese on every layer if you prefer very cheesy.
Don't let the cream boil or it will overflow, keep an eye on it once on the stove.
Place potato slices in water to avoid them going brown. Then drain well before use.