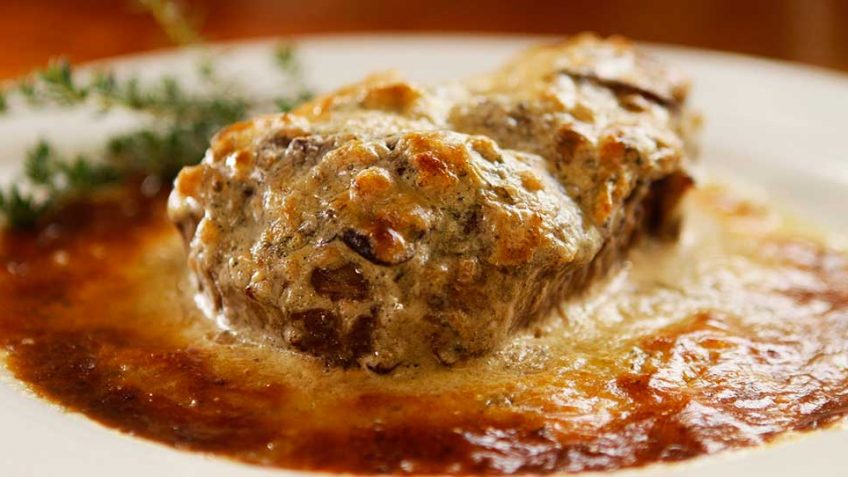 Bearnaise sauce is a classic French sauce made with clarified butter and egg yolks which are emulsified in a similar way to a mayonnaise. This version is the whipped version which was our most popular dish when I had my small French restaurant called “Douce France”. My father Jacques Mielle taught me how to make this sauce, which I believe he invented, and later called this dish “Steak Charlemagne” named after the King who united Europe in the middle ages. People used to travel for miles to have our steak Charlemagne, it even made headlines in newspapers and food guides. Now you can easily make it at home, and it’s relatively easy. You will need good quality fillet steak or eye fillet, a mixer and a broiler (an above grill). Enjoy and happy cooking!

If you make the sauce in advance, refrigerate, it will keep for a few days and remove from fridge to soften before use. Make sure that the butter is very soft and that your eggs are room temperature. If the shallot/tarragon reduction is still warm, that's fine to add to the butter mixture, just not hot. The closer to the element the better the result when broiling (above grilling).