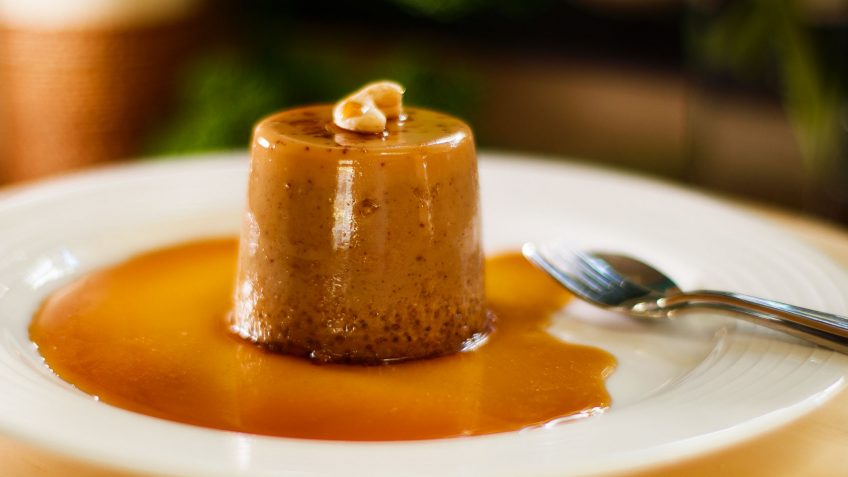 A Sri Lankan dessert with a twist, made without jaggery

I had this dessert the first time in Sri Lanka and fell in love. Watalappam is a coconut custard made with coconut cream or thick coconut milk. It’s traditionally sweetened with jaggery, a Sri Lankan sugar sap extracted from a certain type of fish tailed palm tree. They also make a honey like syrup called Kithul. The Sri Lankan’s call it honey, but it’s not honey at all. It’s the sap that’s collected from the actual flowers that makes kithul. As it’s not easy to find in Western countries, I have adapted it using brown sugar and maple syrup which are the closest in terms of flavour. The spices are nutmeg, cloves, cinnamon and cardamom pods. There’s also crushed cashews for that nutty flavour and texture. Watalappam is popular in Sri Lanka and often used for social functions and is an amazing dessert. Now you can make Watalappam at home. It’s also called watalappan or vatlappam.

If you don't have an oven, you can also steam them in a pot, just cover them first.