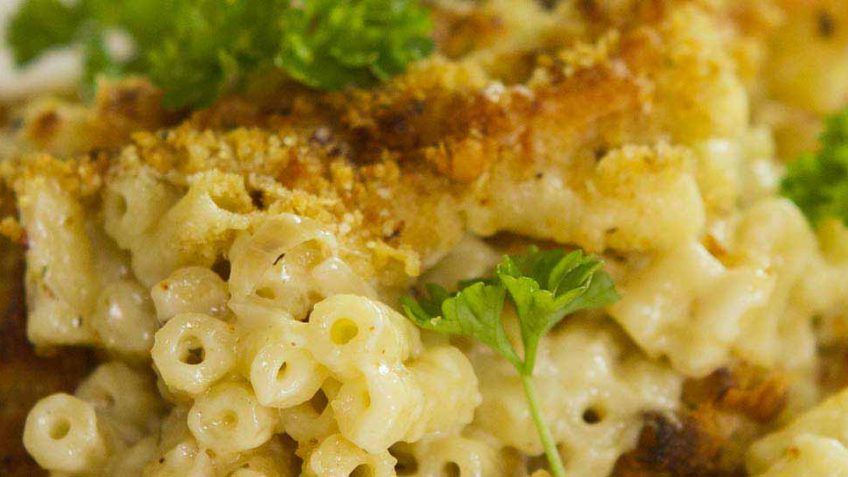 A delicious twist on the '"Mac and Cheese", gooey with a crunch

Pasta and cheese originated in Southern Italian dish as far back as the thirteenth century. It has been rumoured that it was invented by the third President of United States know as Thomas Jefferson. This rumor appears to be incorrect, although Jefferson did serve pasta and cheese, it was already widespread in Europe at the time. No one knows for sure who invented the Mac and Cheese, but this cheesy gooey recipe with a mushroom twist will leave you wanting more. Enjoy it with a dry white wine.

You can leave the mushroom part out altogether for a more traditional version of Mac and Cheese.
You can also use any style of tubular pasta.
Pasta salted water should almost be as salty as seawater. A few pinches of salt won't make any difference.
Mushroom aside, this a fairly basic recipe, but you can vary it by adding, garlic, herbs, even tomato or ham. Make up your own version and enjoy!