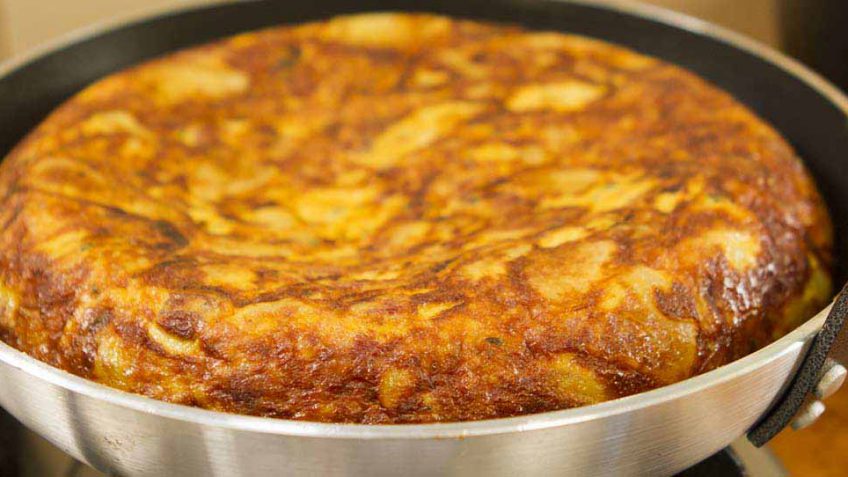 With pops of fried chorizo sausage

Commonly know as Tortilla in Spain, the Spanish omelette is commonly made using only potatoes, onion and eggs. The potatoes and onion are usually fried in olive oil, but work equally well in canola oil as used in this recipe. It’s basically four ingredients plus oil and seasoning similar to a fritatta. It’s cooked in a pan on one side, flipped over to cook on the other resulting in a cake shape potato meal. Chose your oils and take out your classical guitar, as this meal will take you straight to the streets of Spain.

You can bake it in the oven if too thick or place it under the grill (broiler) should it be still runny after 3 or 4 minutes before flipping.