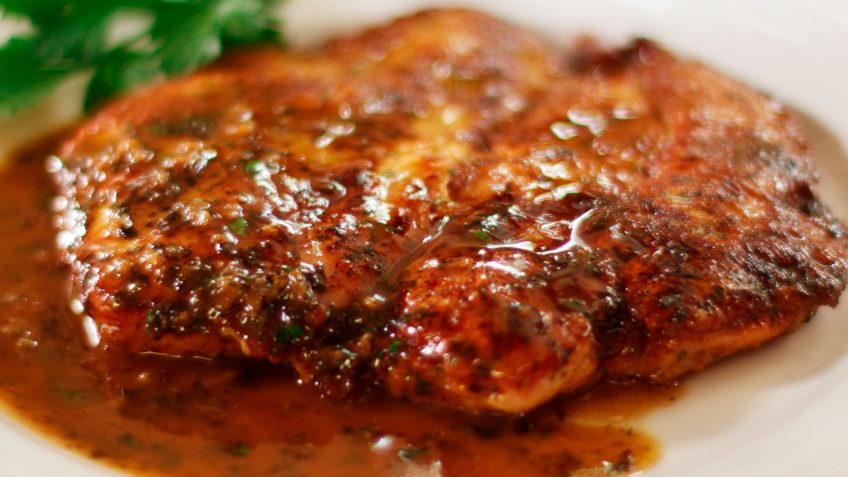 Viewed by over 200 million people, it’s not often I receive so many views on one recipe alone, and this chicken Francese certainly reached that accolade on Facebook. I have to admit that it is an incredible recipe. It’s simple to make, basic ingredients and tastes out of this world.  Probably one of the best chicken dishes you can eat and worthy of a fine dining restaurant.  Now you can make chicken Francese at home as hundreds of thousands if not millions of my followers already have.  Judging by the comments, it’s been a huge success at many dinner parties.  When buying your chicken breasts, try and find a good medium size, you don’t want them too big.

It appears that Chicken Francaise, also known as chicken Francese, was created in America by Italian immigrants. As with numerous Italian chicken dishes, they were originally intended for veal but taste equally as good with chicken. But back to the name, why an American Italian dish is called “French”, maybe it’s because of all the butter, maybe the wine, but one thing for sure, the flavours are superb! Enjoy it with a rich and dry white wine such as Sauvignon Blanc or Chardonnay, or even a light red such as Gamay or Pinot Noir.  This chicken recipe has gone viral throughout the internet with amazing success. Let me know what you think of my chicken Francese.

You can use a sweeter wine or sherry for that sweeter taste. If wine is not for you, see my wine substitute page. Great served with angel hair pasta and green vegetables such as spinach or asparagus. If cooking for four, use two large pans at once. If cooking for dinner parties, cook them first then place on sheet pan to reheat, finish in the oven.