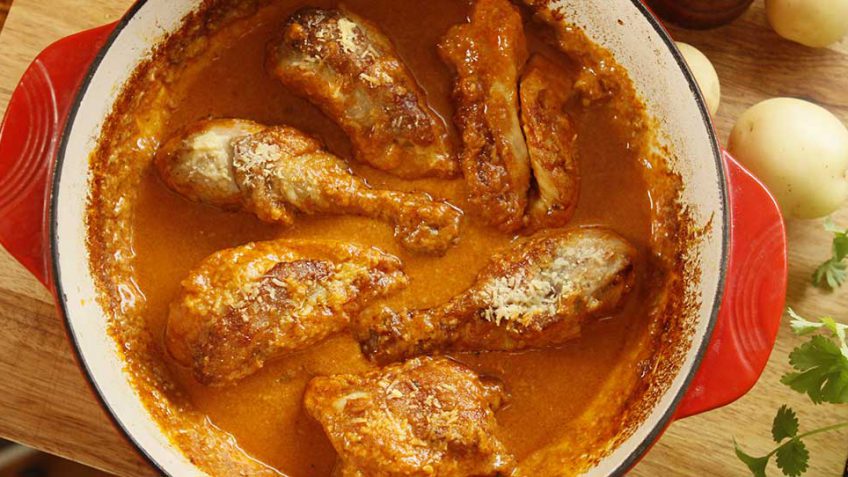 Braised in a creamy, cheesy mustard and paprika sauce

A two step process but well worth the extra bit of effort in the end. This dish is similar to the Poulet Gaston Gerard who used to be the maire of Dijon after 1919. This dish was invented by accident during a dinner party when the paprika accidentally fell in the pot. To soften the paprika intensity, white wine and cream was added. It since became a classic recipe in Bourgogne France.