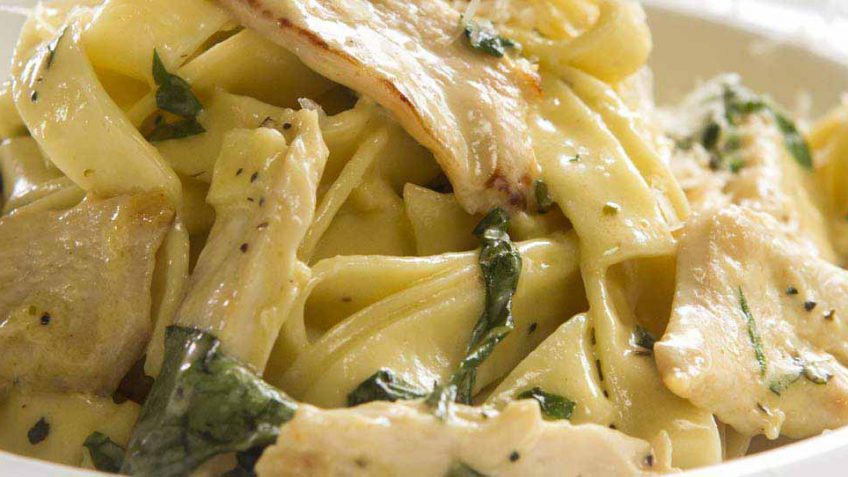 A rich Italian pasta dish, this one is made with chicken and basil

An Italian dish invented by Alfredo Di Lelio in Rome 1908 in a restaurant runned by his Mother Angelina which was not long after demolished for the construction of the Galleria Colonna. Alfredo later opened up the restaurant named Alfredo in 1914 in central Rome. Traditionally there is no cream or chicken in Alfredo’s recipe, it’s the cheese that thickens the sauce made from the butter and pasta water. It’s a very simple dish to prepare, this version contains cream which you can leave out if you’re a traditionalist, but personally as cream is widely available and affordable today, I prefer the richness it gives.

Present it with most of the chicken pieces on the outside.
Always cook pasta al dente. (should be slightly firm when you bite into it).
If sauce becomes too thick, add a little pasta water, it shouldn't be thick and gluggy
Adding the salt to the water after it boils speeds up the boiling process and won't affect the flavour.
Tearing the basil instead of chopping can prevent bruising.